They’re baaaaaaack! Goodreads and Quirk Books are giving away 75 advanced copies of THE REMAKING this month… All you’ve got to do is click here and sign up. Good luck! And safe reading. It’s a dooooozy.

Thanks to Perspectives on Panels (and Mack Johnson!) for taking the time to chat. Fun fact: It was the cover art for Mr. Bungle’s first album that got me into comics. You can check out the interview here.

Goodreads giveaway for THE REMAKING!

Get ready for THE REMAKING! 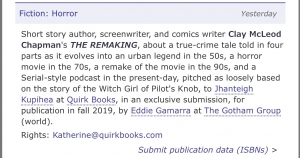 Psst… Heard the news? There’s a new novel coming your way. A spooky one. It’s called THE REMAKING and it’s coming out October 2019 from Quirk Books. Check back here for more info! 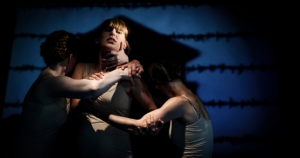 New story: NAIL ON THE HEAD 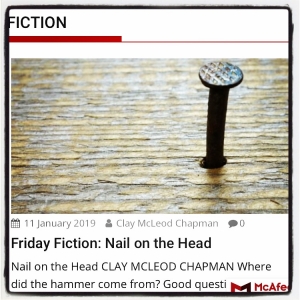 Got two minutes to kill? Looking for something a little spooky to read? I have a new short story up at Gallows Hill Magazine titled “nail on the head.” It's about a haunted hammer. A haunted hammer! You can read it for free by clicking here. Enjoy!

The trade paperback for LAZARETTO came out this week, along with a whole new crop of rave reviews. Check out what the critics have been saying out our barfus opus:

Lazaretto has “some of the most terrifying things you will ever see in a comic… It is the most disturbing comic you will ever read.” Adventures In Poor Taste

“Unsettling, intense, nauseating, and ultimately “captivating”, Lazaretto spins its web-wide and well. But you need to be tough, with a strong will to withstand the full graphic wave of page after page of vividly rendered students, retching, turning into savages, and wreaking havoc all around. It’s colourful, this technocolour yawning of emotion, hate, and puke, all spilling onto everything.” Fanboy Factor

Lazaretto is “an absolutely terrifying psychological thriller.” The Comicon

Lazaretto is “a grotesque, hard hitting, horror story which gets under your skin, makes it crawl and finally makes you rip at it to remove it from your body.” Comic Cut Down

“Claustrophobic and disturbing.” Comic of the Week, Broken Frontier

Lazaretto is “the most disturbing comic you’ll ever read.”

Just in time to get people sick for the holidays, the trade paperback for LAZARETTO comes out this week. The fine folks at Adventures in Poor Taste just said it has “some of the most terrifying things you will ever see in a comic… It is the most disturbing comic you will ever read.” Can't beat that! You can read this insane review by clicking here.

Read an excerpt from COATROOM!

Looking for something spooky to read? Here's a taste of a new story I wrote, titled “coatroom,” for the upcoming anthology Transcendent, compliments of none other than Transmundane Press. Just click here. Hope you enjoy!

Artist Will Robson and I chatted with Marvel about the Typhoid Fever mini-series and what it’s been like to pit badass baddie Typhoid Mary against the likes of Spider-Man, X-Men and Iron Fist. You can read the interview here.

If you see one space monster movie this Christmas, please, make it ours. BEYOND WHITE SPACE opens on December 14th for a limited theatrical run and VOD, courtesy of Vertical. Our nifty trailer just dropped which you can watch it here.

Lazaretto is on Geek.com’s “Best Spooky Comics for Halloween!”

Geek.com just put together their list of the “Best Spooky Comics For Halloween.” Lo and behold, look who's right there at the top… LAZARETTO!

“Combining Lord of the Flies with 28 Days Later and Contagion, Lazaretto locks you in and makes you claustrophobic and sick (in a good way). Written by horror great Clay McLeod Chapman, with Jey Levang on art and Aditya Bidikar on letters, Lazaretto plants itself in you and refuses to let go.”

We whole-heartedly agree. You can check out the list by clicking here. The trade paperback of the entire series will be on shelves this December! Just in time for Christmas!

Haunted, Horrifying Sounds From Beyond The Grave! 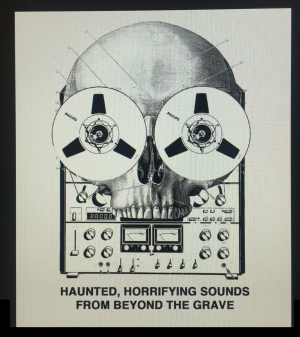 Got 5 minutes to kill? Hulu gave Rodney Ascher (Room 237, The Nightmare) and myself, along with a whole crew of insanely talented people, a spot in their Huluween Film Festival to burst your eardrums. Check out our “Haunted, Horrifying Sounds from Beyond the Grave,” starring Noah Segan, and celebrate Halloween the way it was meant to be.

For all those non-Hulu subscribers out there who want to watch our short for free, you can find it on Youtube… Click here.

Related: Haunted, Horrifying Sounds From Beyond The Grave (short)

That's right, kiddies… We've extended for three more weeks! Tickets are already selling out, so don't miss out on your last chance to schedule a one-on-one storytelling experience. Now until October 28th!

At long last, ‪Herman Melville's literary classic is finally coming to the big screen the way he intended… in outer space. The sci-fried feature BEYOND WHITE SPACE, starring Mindhunter's Holt McCallany, co-scripted by me, is heading to a theater near‬ you, courtesy of Vertical Entertainment. Deadline broke the story today, which you can read by clicking here.

ONE-ON-ONES has been getting some lovely press. Here are some highlights:

THE PUMPKIN PIE SHOW IS BACK—BUT YA GOTTA GO ONE AT A TIME, Travalanche, September 2, 2018.

IMMERSIVE EXPERIENCE, What Should We Do, September 3, 2018.

GET SOME UP CLOSE AND PERSONAL HORROR WITH CLAY McLEOD CHAPMAN'S ONE-ON-ONES, Rue Morgue, August 22, 2018.

Here's an interview I did over at the Working Title podcast, hosted by J.P. Cane. You can listen to it by clicking here.

In episode 24 of Working Title podcast, I speak with storyteller Clay McLeod Chapman, who will be one of the speakers at this year’s James River Writers conference in October. We cover his career thus far as a writer of plays, short stories, film, and comic books, as well as his teaching film-making and performing in his Pumpkin Pie show. We discuss the essentials of horror stories, how aspiring writers can break into comic books and movies, and the importance of always saying “Yes.”

It's time. The Pumpkin Pie Show: ONE-ON-ONES is coming to New York City. For six weeks, starting in September, I will be performing to one audience member at a time.

From our press release:

“For 20 years, Chapman’s rigorous storytelling session The Pumpkin Pie Show has delved deep into the depraved minds of those who drift along the periphery of humankind. For his new show, One-On-Ones, he will take one audience member at a time on a dark ride through the domestic horrors of the everyday, finding terror within our own households. Sometimes darkly humorous, sometimes strangely heartbreaking, this intimate storytelling experience is Edgar Allan Poe for the modern age; a heart-to-bleeding-heart with a motley crew of madmen, murderers and monsters all dying to tell their story. No fourth wall, no escape.”

If this sounds like something you could endure, click here for show details and where to buy tickets. Daily Dead announced the show today. You can read their coverage about the show by clicking here.

The fine folks at Newsarama revealed the amazing full three-part connecting cover for my TYPHOID FEVER crossover. The art is by R.B. Silva and it truly is a beautiful thing to behold. I'm writing all three issues that will have Typhoid Mary going up against Spider-Man in issue #1, out in October, The X-Men in #2, out in November, and Iron Fist in #3, out in December.

You can check out all three covers together at Newsarama here. 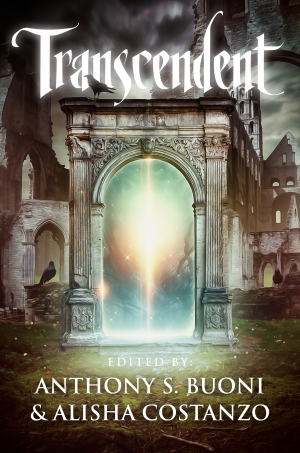 The fine folks at Transmundane Press interviewed me for their upcoming TRANSCENDENT anthology, featuring my story 'coatroom.' You can read the Q/A here. Pick up your copy of this awesome collection, on shelves this November! 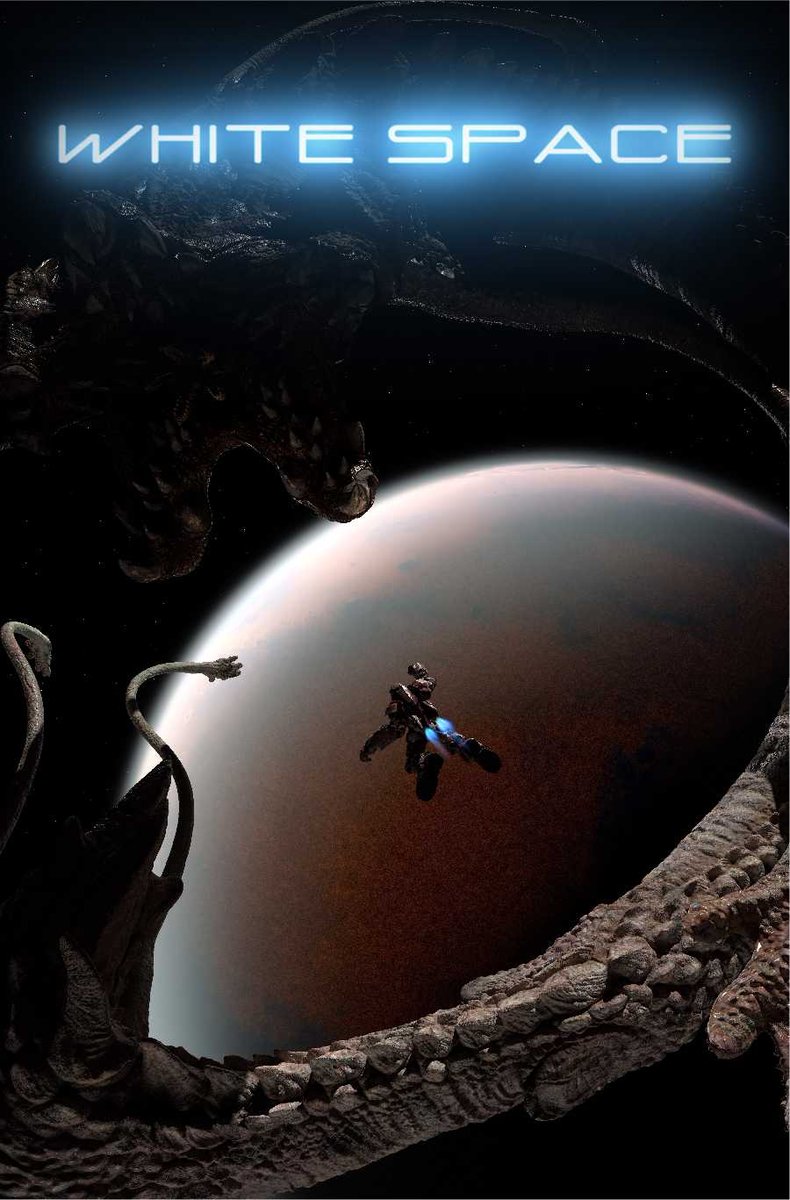