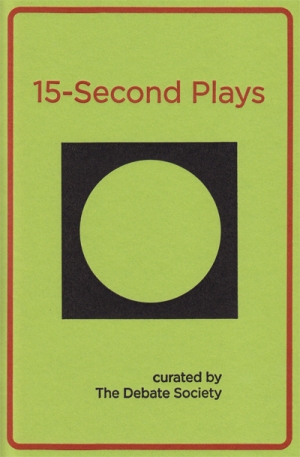 A while back I was invited by the super cool theatre company The Debate Society to write a 15 second play. It'd be included in an anthology of other 15 second plays written by a bunch of really awesome writers. I've done a pretty good job at writing some pretty awful plays in my life, so the notion of whittling away all the bad parts of a play in order to get to that really, really good part seemed like a pretty keen idea to me. Whittle it!

I don't know if this is the right 15 seconds, but these are my 15 seonds… And all fifteen of them are included in this brand new book, aptly titled…

This is probably the only time in my life I'll ever be included in an anthology with the likes of Annie Baker, Itamar Moses and Reggie Watts, so I'm going to soak up my 15 seconds of fame down to the last drop. Pass the courvoisier.

And this is what Lisa Kron (!) has to say: "They’re tiny, vivid bursts of theatrical imagination. They’re crystalline distillations of theatrical essence. They’re candid snapshots of 17 distinct theatrical souls. I love this tiny book."

Just in time for Christmas. What a perfect stocking stuffer. To pick up your own copy, click here: http://bit.ly/TBwIF2 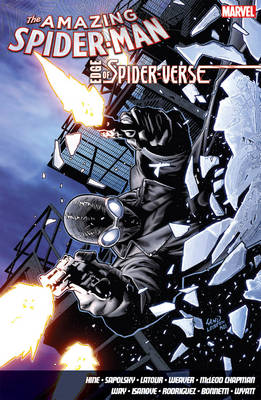