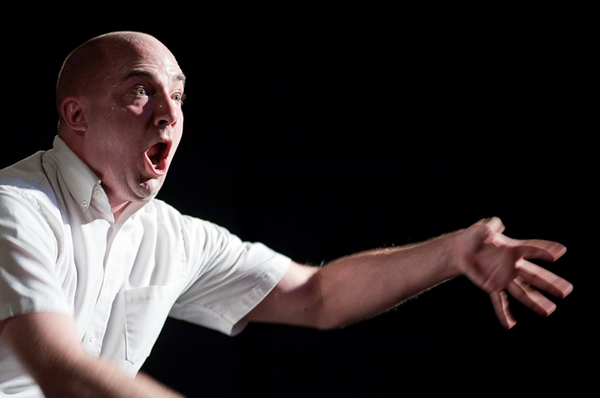 “Like a collection of David Sedaris short stories, these are imaginative, slightly surreal tales that will stay with you for years. ”
– Canadian Broadcasting Center

“Chapman is a master of the short story format. His writing is dark, unpredictable, and poetic.”
– Nytheatre.com

A sleazy entrepreneur tries to make love and money out of the back of his van in downtown L.A. 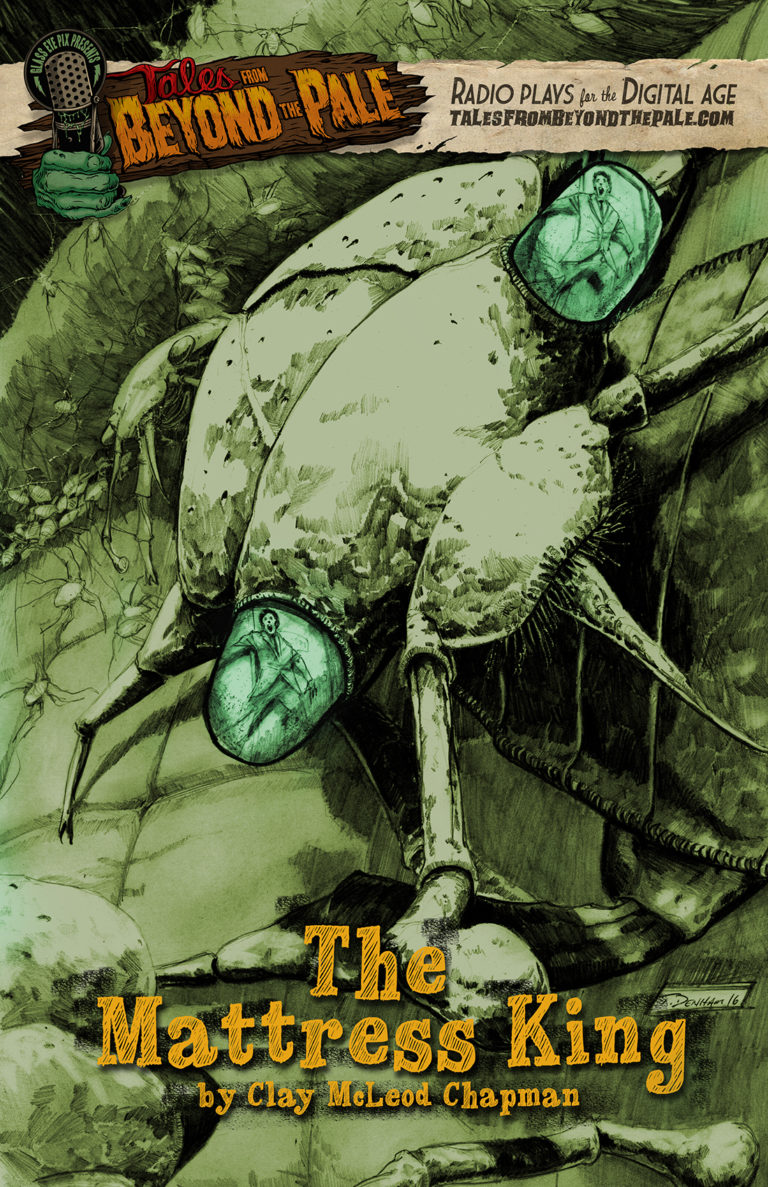 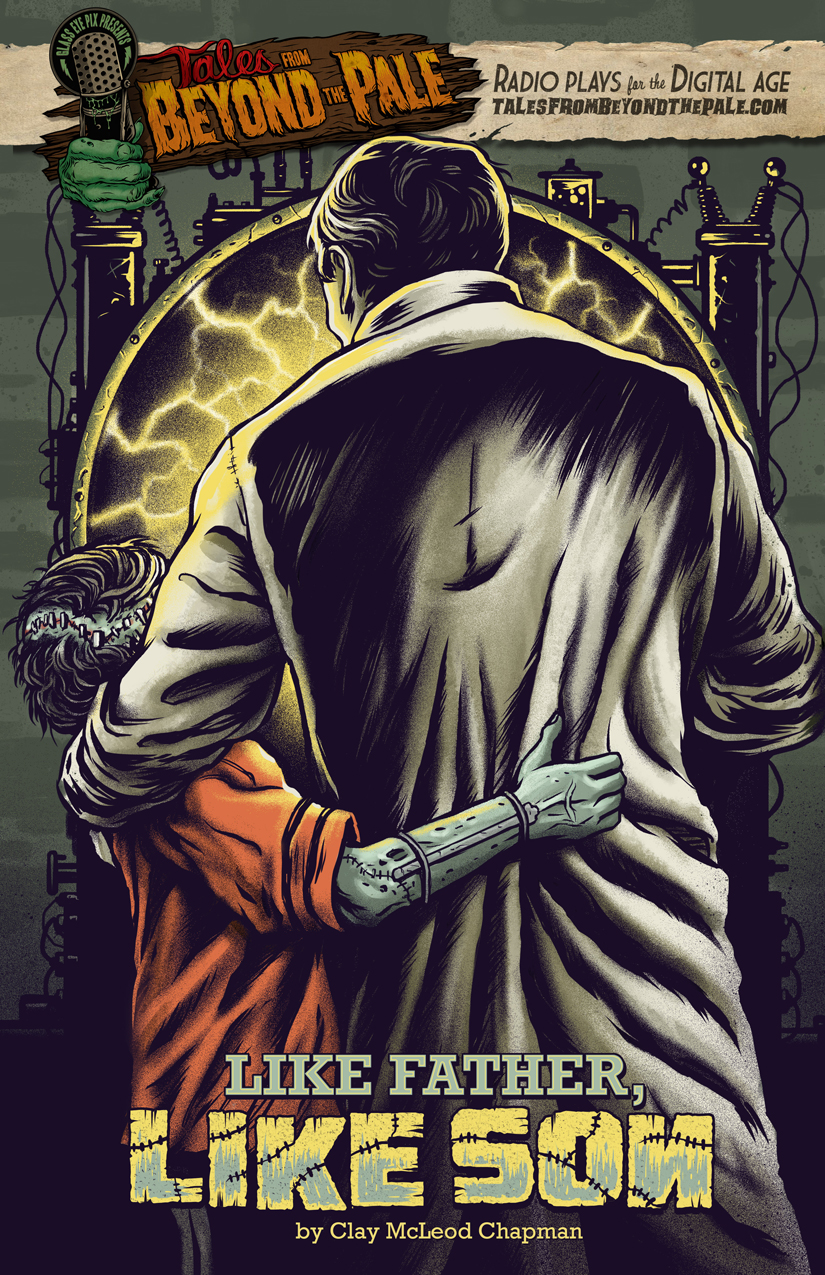 Glass Eye Pix, the fiercely independent film company behind STAKE LAND, THE INNKEEPERS and I SELL THE DEAD, in association with Clay McLeod Chapman’s FEAR-MONGERS: FIRESIDE CHATS ABOUT HORROR FILMS, is taking its successful audio dramas TALES FROM BEYOND THE PALE out of the studio and onto the stage. A new twist on the vintage radio shows of yesteryear, Larry Fessenden and Glenn McQuaid’s TALES FROM BEYOND THE PALE has already thrilled fans of the macabre with it’s first season of creepy dramas released last year. Now they are upping the ante and recording 8 original audio shows before a live audience. Journey beyond the pale as Fessenden and Co. present a double-bill of original genre stories performed by an exciting cast of special guests, and featuring live music, live foley, and live sound effects by a team of audio artisans. A feast for eyes and ears. “Like Father, Like Son,” was performed live at Dixon Place on October 2, 2012, featuring Larry Fessenden and Vincent D’Onofrio, along with Joe Maggio’s “Ram King.” For more info on Tales from Beyond the Pale, go to: http://talesfrombeyondthepale.com/

Free Double-bill of Tales from Beyond the Pale Streaming Online! »

Tales from Beyond the Pale launches nationwide! »

New pix from Glass Eye’s Tales from Beyond the Pale! »

From the pale depths of tech rehearsal… »

Entertainment Weekly goes Beyond the Pale! » 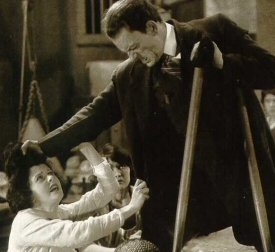 (2013) New York City. 1920. A legless beggar pleads with the oncoming foot-traffic for spare change. Barely a nickel comes his way. But what these pedestrians don’t know is—this deformed derelict at their heels is none other than Blizzard, kingpin to the seedy underbelly of the Lower East Side. With an army of dancing girls at his beck and call, Blizzard is hell-bent on executing his master plan: Get his revenge against the prominent doctor who left him in this condition—and against the city that could’ve cared less. Enter the good doctor’s daughter, Sofie, an artist living in the LES. When she asks our vengeful vagrant to pose for a new portrait, completely unaware of Blizzard’s history with her father, the stage is set for a showdown between this trio. Three people. Four legs. One game of revenge. Inspired by the novel “The Penalty” by Gouverneur Morris, and its film adaptation, starring Lon Chaney, written by Charles Kenyon and directed by Wallace Worsley. “The Penalty” is a commissioned piece by The Apothetae, along with Dixon Place. The Apothetae is a company dedicated to the production of full-length plays about the “Disabled Experience.”

9/1: Reading of The Penalty at The Kennedy Center »

THE PENALTY is coming! »

Play reading at The Kennedy Center! »

One actress plays three women drawn together in the grim aftermath of a high school shooting—the mother of the shooter (staph infection), one of the shooter's victims (early release), and the mother of that victim (keynote speaker). It is a deep exploration of the lives of three women that, according to SEE Magazine “... will leave you wringing your hands in helpless empathy.”

“'Commencement' is a powerful, heart wrenching experience that will stay with you long after it's over…”
– Canadian Broadcasting Center

“Another cocktail of powerful emotion... Will leave you wringing your hands in helpless empathy.”
– SEE Magazine

Based on an orignal story by Bruce Hornsby. Book by Clay McLeod Chapman. Music & lyrics by Hornsby. Additional lyrics by Chip deMatteo. 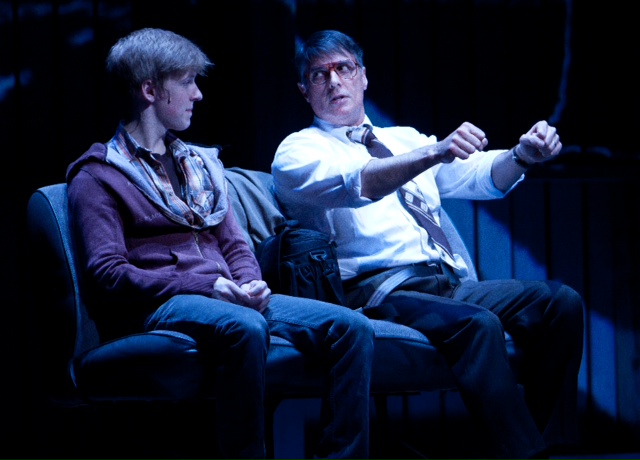 Coverage for SCKBSTD: “Beyond Whiskers and Kittens,” NY Times article

STRANGER, the new Hornsbical, pulls up »

“A dark and paranoid version of small-town America, SCKBSTD is a highly ambitious effort to create what has become a rare find in theater—a musical with a plot or, at the very least, a story line… SCKBSTD is the most ambitious and challenging new work of the current theater season. Broadway hasn’t had a show like it in a while.”
– The Virginian-Pilot

“SCKBSTD, the ambitious theater project based on the songs of Bruce Hornsby, is a new musical with an old-fashioned feel about it. The theme of the outsider who shows up and impacts the lives of those he encounters is a classic in Southern literature… One wonders if Hornsby has read many short stories by Flannery O’Connor and Eudora Welty?”
– The Daily Press 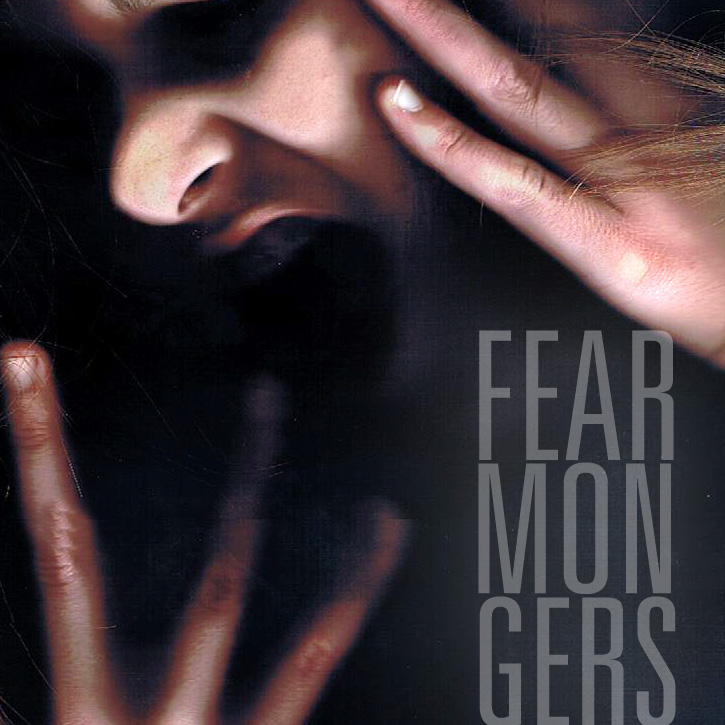 Tales from Beyond the Pale: LIVE this October! »

NY Times: No Rest for the Wicked, Undead or Ghoulish »

There is nothing to fear but Fear-Mongers itself… »

Goodnight, all you fraidy cats… »

(2008) Two Americans are bound and blindfolded in a war-torn country. Facing an uncertain fate, they take refuge in music, memory and each other in this unconventional new indie-rock musical. Hostage Song is the new indie-rock musical developed by a powerhouse combo of downtown favorites: playwright and novelist, Clay McLeod Chapman (The Pumpkin Pie Show), Kyle Jarrow (A Very Merry Unauthorized Children’s Scientology Pageant), and director Oliver Butler. 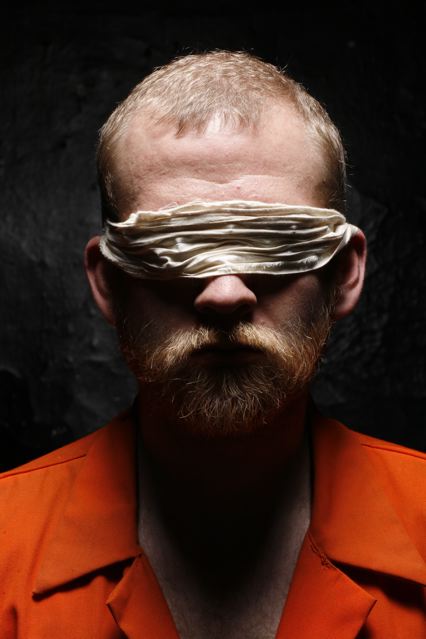 The reviews are in for HOSTAGE SONG »

Hostage Song is coming to Chicago! »

“...A high-decibel romantic comedy with a seriously unnerving edge. Chapman’s delicately rendered scenes flow effortlessly into Jarrow’s songs... It brings a punk aesthetic to a common dilemma: the desire to connect with the most horrific stories of the day”
– The New Yorker

“In this season of unlikely musicals, on Broadway and off, Hostage Song may be the oddest of all… The tone of Hostage Song is both blunt and barbed. The show takes some risky comic flights of fancy but mostly plays it straight, telling a grim story with journalistic detail and understated compassion...”
– Charles Isherwood The New York Times 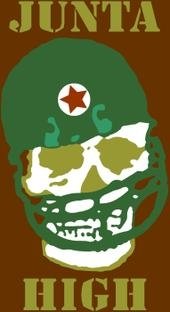 (2006) In Junta High, Clay McLeod Chapman crafts a Sweet Valley-styled high school for terrorists where cheerleaders double as suicide bombers and guidance counselors are taken hostage by the A/V club. Holy causes worth dying for galvanize school spirits, blood is shed on the football field every Friday night and the marching band fervently plays on. Original music performed by the Hungry March Band. Premiered at Performance Space 122.

“Junta High is not metaphor, but something akin to Brecht's alienation effect: a fresh light that forces you to read in a new, left-field context the bloody international headlines that have grown dull with repetition. ”
– Time Out New York

(2005) The Pumpkin Pie Show in: the cardiac shadow Written by Clay McLeod Chapman Music by Joshua Camp and Michael Hearst (of One Ring Zero) Choreography by Blair Bodie Lighting design by: Sabrina Braswell Performed by: Hannah Bos, Hanna Cheek, Alexa Scott-Flaherty, Jordan Simmons, and Paul Thureen Four women were procured from the Ravensbruck concentration camp, hand-selected by SS Second Lieutenant Dr. Sigmund Rascher, Air Force physician. These four women were “volunteered” for a series of experiments that would eventually come to be known as the cold conference — tests specifically designed to determine the endurance of the human body to extreme temperatures. The voices of these four women have since disappeared. Where does the human spirit go when the body must remain behind, frozen inside an atrocity? This performance was originally presented as a part of PS 122’s The New, New Stuff, a three week festival of new and emerging artists. For more information, click here.

(2005) The original text for Volume of Smoke is available online at Blackbird Journal: http://bit.ly/H2FB2s Volume of Smoke was an original commissioned work for The Firehouse Theater (Carol Piersol, Artistic Director) in Richmond, Virginia. Premiere: February 2005. Directed by Isaac Butler and Chapman. Original music by Erik Sanko. Sections adapted from John F. Watson’s “Calamity at Richmond, Being a Narrative of the Affecting Circumstances Attending the Awful Conflagration of the Theatre in the City of Richmond, on the Night of Thursday, the 26th of December, 1811.” 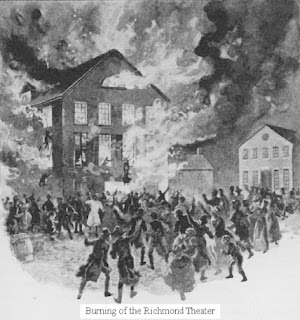 “Volume of Smoke succeeds in its ability to offer an affecting meditation on tragedy in a post-Sept. 11 context... For a play steeped in history, Volume of Smoke manages to offer some surprising insight into our own times. ”
– Backstage