Look at them. All those blurry Q/A-faces. Staring back at me.

Our film HENLEY screened this last weekend at the 19th Annual James River Film Festival, playing before Rick Alverson's bad-touch THE COMEDY. Screening a short before a feature is like being the opening band to a huge headliner. Not many people come out to see the warmup. When the night's over, most folks will have forgotten who the opening act even was. That self-conscious voice at the back of my head had me believing everybody had promptly consigned HENLEY to backburner oblivion, so it was a pleasant surprise to stumble upon the blog called I Could Go On And On who had this to say:

"Showing first was a short, "Henley," shot in Cumberland, Virginia about a kid who lives at a motel and collects road kill.The actor, Hale Lytle, was chosen from a host of SPARC kids, most of whom possessed the kind of "jazz hands" acting that they director was trying to avoid. For the record, Lytle couldn't be at the screening tonight because he's in NYC shooting a feature film. They grow up so fast. Actually, he causes road kill, which was the disturbing part of former local Clay McLeod Chapman's script from a chapter in his novel. But since I'd seen Chapman's work performed before, I knew to expect a twist and he'd delivered." 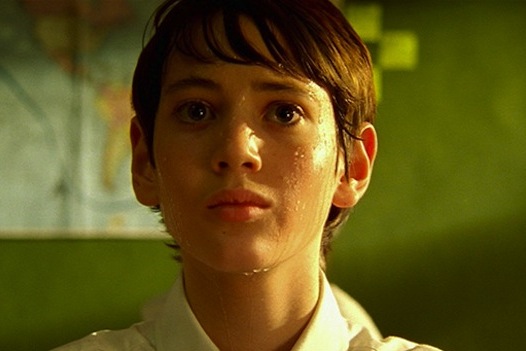