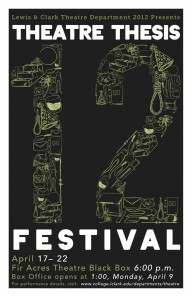 Jahnavi Caldwell-Green. We've never met. Until this morning, I'll admit I didn't even know you existed. The distance between us is pretty staggering, geographically and/or otherwise. You're a senior at Lewis & Clark College in Portland, Oregon. I'm some guy in my mid-thirties over here in Brooklyn.

But now we are forever linked, bound by the boards, thanks to your senior thesis project.

Jahnavi, you see, has decided to direct herself in a solo-show I wrote a few years back called COMMENCEMENT for the Lewis & Clark College Theatre Department's 2012 Senior Thesis Projects Festival.

I've got to hand it to you, Jahnavi… As far as senior thesis's go, you really picked a doozy. It's one thing to perform all three characters within the piece, navigating your way through sixty overwrought minutes— but to direct yourself as well? Sweet Jesus up above, girl! I would've picked a David Ives play instead. Something, anything, other than this melodramatic hand-wringer that I wrote. A better playwright + a better script = Diploma.

Knowing that this is the culminating effort of your undergraduate career, I can't help but feel partially responsible for the outcome of your project. I'm a little anxious, I've got to say. Maybe even a bit worried. Were you graded on this? How did you do? Did you pass? Just please tell me you passed…

And what about the audience? Did they stay with you? Did you survive your two performances? How are you? Is everything okay?

This is what Jahnavi has to say about COMMENCEMENT: “Three women with deeply complex histories speak their truth, each in a state of stuckness, and struggle to act, to move forward, to commence.”

Jahnavi—I just hope, I pray, that you make it to your own pending commencement, graduating with full honors at the end of the semester. 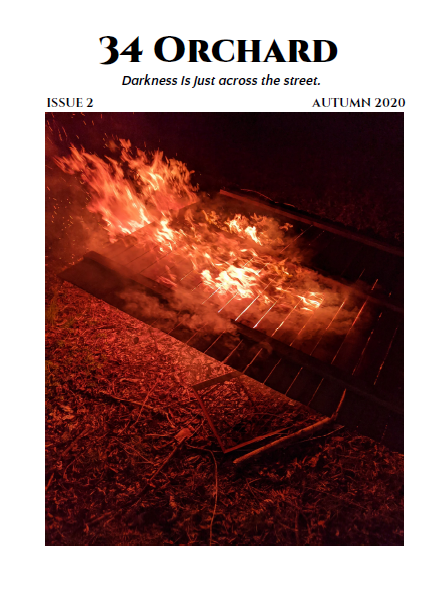