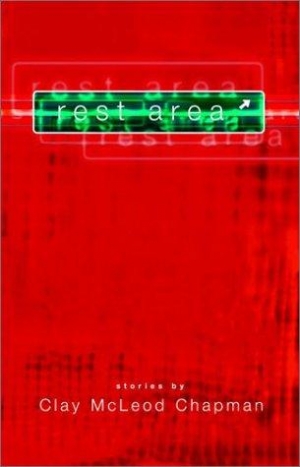 Inside the Writers House »

Inside the Writers House »

An edgy, darkly humorous debut collection of chilling stories that will take hold of your imagination without letting go.

Clay McLeod Chapman’s characters don’t turn heads or perform dramatic feats of heroism. They aren’t highly educated or well-traveled. Their backgrounds and circumstances are unexceptional. Their stories, however, are anything but. Originating as a series of enthusiastically received monologues that this twenty-four-year-old author has performed around the country and abroad, Rest Area leads us into the minds of characters as real as they are original, and through a series of domestic horror stories that will leave readers breathless with amazement.

A man waits for his daughter outside the bathroom of a highway rest stop where she disappeared—months ago. A deaf teenager reveals the hidden drama of her daily bus ride to school. A lonely old woman romances a rabid fox with tales of her past. The owner of a traveling carnival takes colorful revenge on a group of ten-year-olds. A ventriloquist and his dummy “discuss” their growing dissatisfaction with their relationship.

Surprisingly comic and wonderfully tender, shockingly brutal and cleverly twisted, these are tales of ordinary people caught up in more-than-ordinary events. They herald the arrival of a unique talent—and of an arsenal of powerfully authentic voices that will echo long after the last page is turned.