Artist Jey Levang and myself discussed how to survive the recent outbreak of the canine flu over at the Big Comic Page. You can read all about it right here. Safety first, kiddies! Pick up your copy of LAZARETTO #1 on September 6th. 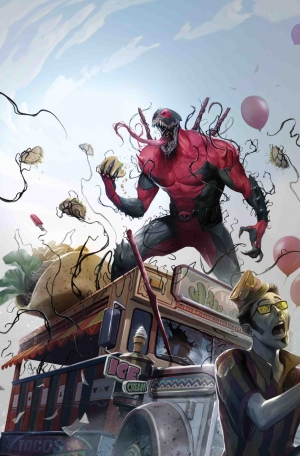 The fine folks at Marvel Comics made a claymation promo for the Edge of #Venomverse comic I wrote and I'm so stoked. We've been clay-mated! Check out the video here.

The AV Club is all about our upcoming issue of Edge of Venomverse #5. You can check out an exclusive preview here.

“Chapman has… crafted a story that works to Stokoe’s strengths, giving him the opportunity to make the horror as creepy as possible so that there’s an intense contrast with the fundamental comedy of Deadpool… Readers can expect this book to go way over-the-top.”

I opened my heart up to the fine folks at Westfield Comics about our upcoming comic Lazaretto and things got pretty ooey-gooey. You can read the interview here. Lazaretto #1 is on shelves this September!

Know any Norwegian? Then you should read this interview where awe-inspiring inker Jey Levang discusses our upcoming BOOM! Studios comic LAZARETTO! Read the interview here at Empirix.

So… Time to spill the beans. I've been working on a brand new limited comic series over at BOOM! Studios called LAZARETTO. Guys. It's sick. Literally and figuratively. I just did an interview over at Newsarama to announce the release of issue #1 out this September. Read it here.

I'm so psyched for this comic. It's got art by the amazing Jey Levang and I can't wait to share it with you… So, so sick. 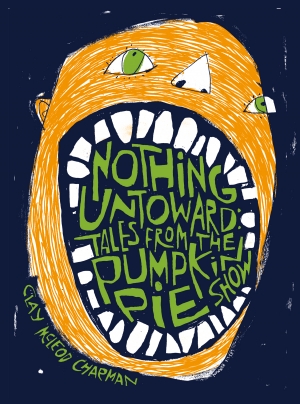 Just did a lovely interview with the fine folks at Daily Dead about NothingUntoward, The Tribe Trilogy, The Pumpkin Pie Show, The Boy and Edge of Venomverse, along with some other spookyoooooky stuff! Read the interview here.

Read ‘buffet of the damned’ for free at the Daily Dead!

Just had lunch? Want to lose it? Well, you can read my short story “buffet of the damned” online for free right now! The fine folks at the Daily Dead have posted a lovely sample of my new short story collection NOTHING UNTOWARD… so hop to it! You'll never look at cruise ships the same way again. Ever. Read “buffet” here.

So… Can you keep a secret? I've been working on a script. I can't tell you what it's about. Yet. But it's title is “The Restoration at Grayson Manor” and it was just selected to take part in this year's Frontieres Market at the Fantasia International Film Festival in Montreal. Ten feature film projects were chosen and we were one of two from the US. Woo-hoo! Keep checking back here for more info, but until then, here's some press:

Interview from the Buxton Inn!

I was interviewed from haunted hotel the Buxton Inn in Ohio by the fine folks over at The Film Coterie and got to read a spooooooooooooky story, to boot. You can listen to the podcast here. These guys were kind enough to do a little writeup on their website as well, which you can read here.

“Imagine a creepy character talking directly to you on your own phone and laying out a horrific tale and you'll start to get the idea. It felt personal that way. Sent a shiver down my spine…” Thanks, Film Coterie! 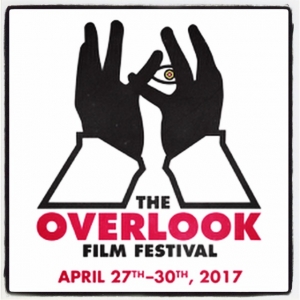 A surprising number of reviews popped up from our performance of the Pumpkin Pie Show at the Overlook Film Festival. Here are a few choice quotes from some pretty (dis)reputable publications:

“Chapman is doing something that feels new and present and his particular brand of alchemy both needs and deserves an audience.” Birth.Movies.Death., “When Clay McLeod Chapman Tells a Story, You Listen.” Read the full review here.

“On the lighter side of things, performer Clay McLeod Chapman shared playfully spooky stories with festivalgoers in one-on-one sessions, sitting across from them and maintaining eye contact as he took on a series of storytelling identities.”—Indiewire, “Why Immersive Experiences Are the Future of Storytelling.” Read the full review here.

Special thanks again to Michael and Landon for bringing the Pumpkin Pie Show out to the Overlook. It was a total blast… And thanks to everyone who braved our one-on-one performances! Hope to see you next year! 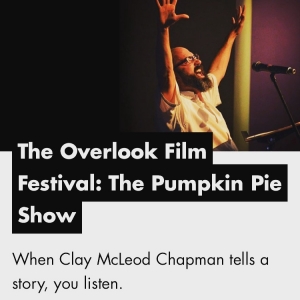 The Pumpkin Pie Show was fortunate enough to have been invited to perform at the first annual Overlook Film Festival in Oregon this last weekend. The fine folks at Birth.Movies.Death just so happened to attend, and we were super surprised to find this lovely little write up about our show:

“Chapman is doing something that feels new and present and his particular brand of alchemy both needs and deserves an audience.”

Thanks so much, BMD! It's a total honor… Let's do it again soon!

EW plugs the Pie at Overlook!

Today the Overlook Film Festival announce it amazing lineup, including The Pumpkin Pie Show… Entertainment Weekly took notice and wrote a little something-something about the fest and mentioned yours truly. You can read all about it here. See you at the Timberline! Things are gonna get spooooooooooooky…

Richmond Magazine was kind enough to ask me a couple questions before next week's ransacking of my hometown. You can read the interview here. See you at Chop Suey Books and then at the Pumpkin Pie Show! Thanks to Harry Kolatz for the lovely chat.

NOTHING UNTOWARD is on shelves now!

At long last, I am over the moon to announce my second collection of short stories, NOTHING UNTOWARD, is finally on the shelves. This book picks up where my first collection, REST AREA, left off… with 40 new tales for your reading (dis)pleasure! I'll be celebrating its arrival into this world with a few reading events in NYC and RVA, along with a couple Pumpkin Pie Shows around. Pick up a copy at your local bookstore. Available online at Amazon or Indiebound or beyond… 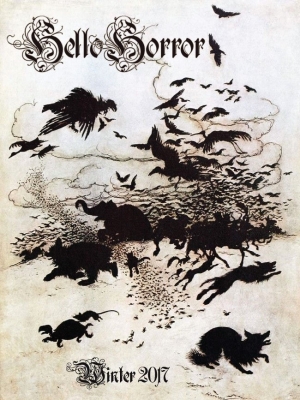 I wrote a heartwarming story titled “the fireplace” and it's popped up online at Hello Horror. I think you should read it before social services swoops in and takes my children away from me. You can read it for FREE here. But don't say I didn't warn you.

The Evil One now available for pre-order! 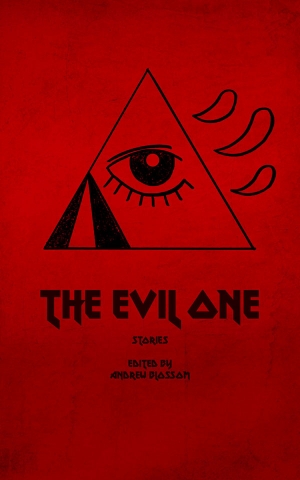 The Evil One anthology is now available for pre-order! 36 stories, 432 pages, inspired by one awesome album. It's got my oogly-boogly story B-SIDE in it. Go to Makeout Creek Books to order your very own copy now!

Related: The Evil One: An Anthology

I was invited to write for both the Blumhouse Pictures and Tribeca Shortlist websites. If you've got a free minute, you can check them out here…

If the election hasn't terrified you enough check out this listicle I wrote for Blumhouse about horror in politics. Read it here. Plus I penned a probing exposé on Harvey Keitel's dingaling for Tribeca ShortList. Read it here. 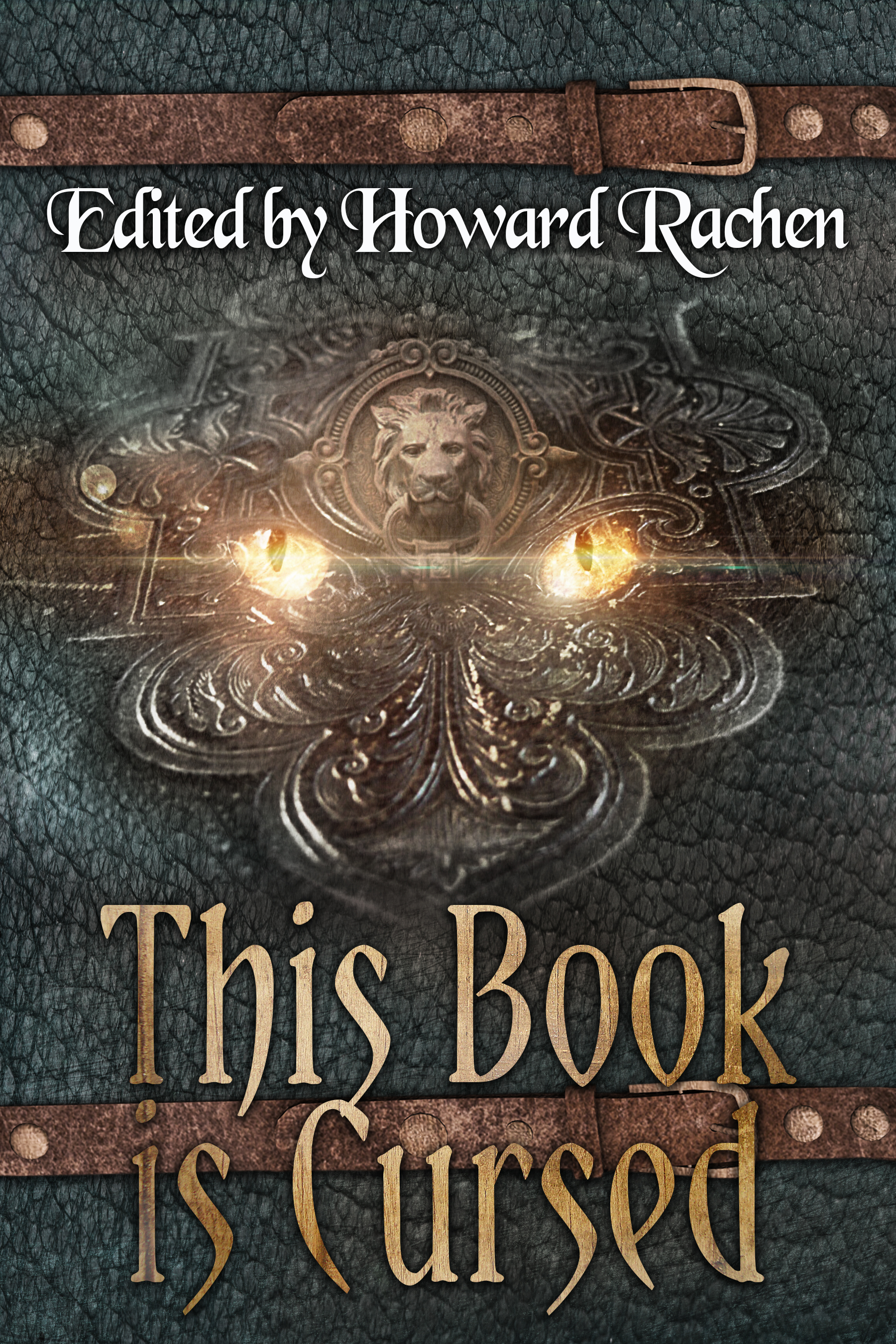 Books: This Book Is Cursed