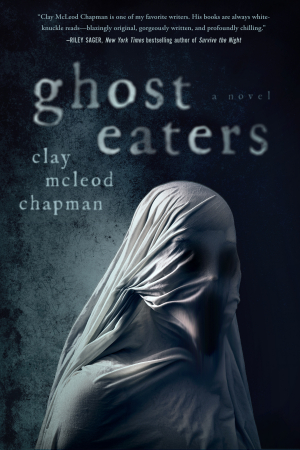 GhOST EATERS at ALA »

The reviews are in for GHOST EATERS! »

For fans of Riley Sager and Paul Tremblay, a terrifying supernatural page-turner that explores ghosts, grief, and god complexes.

Ever since their on-again, off-again college romance, Erin hasn’t been able to set a single boundary with charismatic but reckless Silas, who’s been chasing the next big high since graduation. When he texts her to spring him out of rehab, she knows enough is enough. She’s ready to start a career, make new friends, and meet a great guy—even if that means cutting Silas off. But when Silas turns up dead from an overdose, Erin’s world falls apart.

When Erin learns that Silas discovered a drug that allowed him to see the dead, she doesn’t believe it’s real but agrees to a pill-popping “séance” to ease her guilt and pain. When she steps back into the real world, she starts to see ghosts from her Southern hometown’s bloody and brutal past everywhere. Are the effects pharmacological or something more sinister? And will Erin be able to shut the Pandora’s box of horrors she’s opened?

With propulsive momentum, bone-chilling scares, and dark meditations on the weight of history, this Southern horror will make you think twice about opening doors to the unknown.