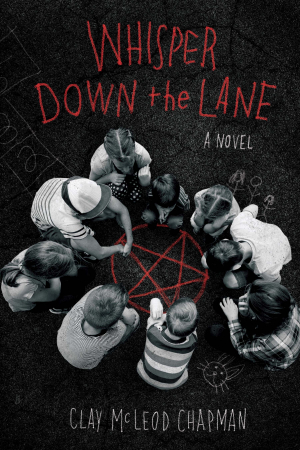 Whisper Down the Lane on Quirk’s Inside The List! »

Cover Reveal for WHISPER DOWN THE LANE »

“A spellbinding psychological thriller... a suspenseful tale of paranoia that will keep readers riveted until the last surprise is sprung.”
– Publishers Weekly

Whisper Down the Lane: A Novel

From the author of The Remaking, a true crime-inspired horror novel about a young boy whose little white lies about his elementary school teachers contributed to the Satanic Panic of the 80s, forcing him to hide his identity into adulthood until someone recreates his past lies at his own child’s school.

Richard doesn’t have a past. For him, there is only the present: a new marriage to Tamara, a first chance at fatherhood to her son Elijah, a quiet but pleasant life as an art teacher at Elijah’s elementary school, and the dream of becoming a real artist some day. Then the body of a rabbit, ritualistically murdered, appears on the school playground with a birthday card for Richard tucked beneath it. Richard is shocked; he doesn’t have a birthday…but Sean does.

Sean is a six-year-old boy in 1980s Virginia. His father has just walked out and his mother is juggling multiple jobs on food stamps. Meanwhile, all the grown-ups in his life seem worried. Cult leaders, serial killers, and stranger danger is on the rise, with moral crusaders and televangelists stoking the fires of panic. In this pressure cooker environment, Sean’s school sends a note to parents alerting them that a teacher is under investigation. Sean likes Mr. Woodhouse, but when his mother asks if the bruises caused by the school bully were really caused by Mr. Woodhouse, a few small lies spiral into a terrible tragedy.

Now, thirty years later, those lies are coming back to haunt Richard, because someone knows who he really is—and they’re out for revenge. Inspired by the McMartin preschool trial and the Satanic Panic of the ‘80s, the critically praised author of The Remaking delivers a nuanced portrait of parenthood and mass hysteria.